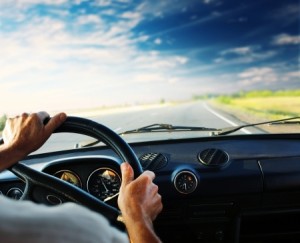 A decade ago, Google was pretty laissez-faire with respect to how it ranked various sites in search. The algorithms necessary to determine site quality were still very rudimentary, making it difficult to discern between high-quality websites and those that merely gamed the system by building links and spamming keywords. Much has changed since then, and webmasters find it difficult to achieve prominence in many SERPs. Even worse for some, Google now also penalizes users who try to purposefully gain an upper hand through less than honest methods. Whether you have done so knowingly in the past or are unaware of what can cause a penalty, we’ll discuss below some of the actions you need to avoid in order to maintain credibility with Google.

In the past, it was easy to rank well in Google – throw in a bunch of keywords that were relevant to select searches and voila! Google has since become smarter – too smart, by many accounts – and can tell when you are trying to cheat. Common examples of this bad practice include sites with keywords on-page that do not mesh well with the rest of the content, as well as keyword stuffing. Keyword stuffing in essence is the use of a particular keyword or keywords in too many instances within a set amount of content. Use keywords organically – and only relevant keywords – in order to avoid penalties.

Link farming used to be big, but now it’ll only get you in big trouble with Google. The use of link farming revolves around multiple, unrelated sites that essentially trade links with one another in order to boost their clout with Google. Pinging links to sites that are questionable in this regard – or even being linked to from these sites – can cause harm to your search engine rankings. It is best to avoid linking to or being associated with any website that has the appearance of a link farm or spam directory.

Another common black practice among some webmasters is to engage in one or both of the tactics above but attempt to keep it hidden from everyday viewers and readers. Hidden text works by including links and keywords in various parts of pages and websites, but makes them the same font colour as the background of the website. While users will not see this unless they were to inadvertently highlight the text, Google definitely can still see these attempts at pinging links and stuffing keywords. Steer clear from this tactic unless you want to be penalized.

Last but definitely not least, content duplication used to be a huge problem. One of the first major reforms in Google’s algorithms addressed this phenomenon, and it still remains a big no-no in the SEO playbook. When operating location-based sites that differ only to a small degree, it is better to operate each under the same domain. Simply copying and pasting content – even with minute changes – across multiple domains can cause severe penalties in search and visibility with Google.

Tags:
GoogleGoogle Penalties
« Exploring Your Options When Your Domain Name is Taken
Make a Name for Yourself (Using Your Name) on Google »
Share

Changes to Google Local Pack – How to Respond Effectively
Here Are Some Key Reasons Why AdWords Is Failing You
Which Search Methods Are the Most Popular Among Audiences?