Are You Delegating or Micromanaging Your Employees? 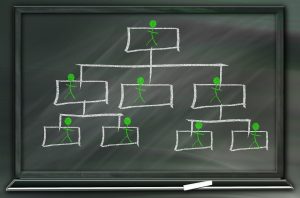 If you’re quite a ‘hands-on’ type of manager, you will need to make sure that you don’t end up falling into the trap of micromanaging your employees. Although it is fine to give your staff members some guidance, advice or instruction from time to time if needs be, it’s vital to ensure that you don’t end up being viewed as that overzealous boss who can’t trust their employees to complete a task without constant intervention. We’ve put together some suggestions to help you improve the delegation process and avoid being labelled as a micro-manager.

One of the first signs of micromanaging is that when delegating a project, you also delegate the solution in a specific manner. Whilst that may make more sense in certain industries or fields, for the most part, having the specific steps for completing the work laid out to them can often make employees feel more like a vendor, rather than a partner in the task. This type of delegation doesn’t enhance employees’ skills or careers, especially if the steps are well known.

If you have seen a similar pattern or problem arise as the work progresses, there’s a good chance that it could be the way in which you are coming across when communicating your experiences which could be earning you the label of a micro-manager. If you have experiences to share which you believe might help your employees out when working on certain tasks, it’s important to tell the story rather than simply give instructions.

What many micro-managers don’t seem to realise is that whilst they think that they are keeping a close eye on things, they are actually slowing the progress of the work down. When employees have to check in with management staff for meetings, reviews and progress updates every day or every few days, you are losing out on valuable time which they could be using to complete the task. If you are concerned about how progress is coming along, it’s important to make sure that you find the right balance between keeping in contact with your team and bugging them too much.

Everybody at some point will need their work to be criticised constructively, and the way in which you give feedback can also be seen to be micromanaging if you don’t get it right. At times, things may not be going as well as everybody wants it to and it can be easy for managers to step in and fix it themselves. However, this type of course correction can be a big negative and removes many of the benefits of task delegation. Correcting, rather than providing constructive feedback can actually have the opposite effect, as it can easily demotivate your employees for the future.

Above all, as a manager it’s important to trust that you have hired the right people for the job, and to treat others as you would like to be treated.

Tags:
EmployeesManagement
« Is Optimism Bad for Business?
Why Cash Flow Is So Important for Small Business Owners »
Share