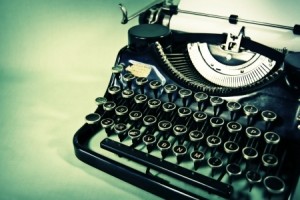 Just about everybody involved to any degree with the internet knows that SEO is crucial if you want to get a lot of relevant traffic to your site.  Whether you are selling or promoting something, or just want people to read your blog, you can never underestimate the value of a good Google ranking for relevant keywords.

Of course, search engines have been in common use since the 1990s.  Back then, there was a lot of choice, and they all worked differently.  SEO was born, with a set of rules of thumb that those interested in generating traffic would use, but with so many players in the market a definitive understanding of what was best to get your site found was hard to come by.

These days, things are very different.  With Web 2.0, searches need to take in not only static pages but user generated content, like the millions of tweets and blog posts and comments generated every minute.  Search engines work very differently, and so do their users.  When was the last time you thought about “asking Jeeves”?  I have checked (out of pure nostalgia) and he is still there, but who on Earth is asking him stuff in 2011?  With the market dominated by Google to the point where “to Google” is a widely accepted verb (which may or may not be valid in Scrabble), you know what people are using, and so all you have to do, at a basic level, is optimise for Google.

Google got its effective monopoly by being the best at what it does, so it should come as no surprise that it doesn’t rank its pages according to theories from 1998.  However, you do still find people who think a lot of the old rules still apply.  Here are a few SEO ideas that you still hear, but which in reality stopped working at around the time the Spice Girls split up:

Probably the most common misconception is that meta tags (descriptive tags containing keywords which are not displayed on the page) are important, or even used by search engines.  They are not.  Simply because they were abused to the point where they became meaningless.  If you turn on the TV and there isn’t a brand new episode of Friends on, then it isn’t 1999 you don’t need meta tags for SEO.

Back in the days when Leonardo DiCaprio was drowning in the sea rather than messing with people’s dreams, you had to submit your site to search engines so they would know to crawl it.  Do you really think that when you Google something and a bunch of tweets and blog posts come back that someone has painstakingly submitted all of that stuff to Google?  No.  You do need to enable your site to be seen by search engines, but that is all.

In the past, with submissions, your site wasn’t being checked all the time against incredibly complex algorithms, so you could assume that if your ranking was good, the job was done.  This is no longer the case.  As so many sites have user generated content and are updated on the fly all the time, the search engine bot’s work never ends.  You need to keep on top of SEO.

Hopefully this has helped clear up some of the more common legacy SEO concepts, but if anything, the fact they are still thought to be significant by some people teaches us how important it is to keep up with SEO trends.